On January 27 members of the Bellingham branch attended AAUW Washington’s annual Lobby Day in Olympia.  We spent the morning with around 50 members of other branches from all over Washington, learning about pending legislation that is of particular importance to AAUW.  These bills included items such as expanding sexual health inclusion in public schools to emphasize safety and informed consent, as well as improving healthcare outcomes for low income new mothers from 60 days to 12 months postpartum.  After lunch, Judith Entwife and India Nishi met with new 40th District Representative, Alex Ramel, as well as aides for Senator Liz Lovelett, and Debra Lekanoff (we did meet Senator Lovelett later as she dashed between meetings).  We were joined by other 40th district members from Anacortes and Lopez Island who asked if they could attend with us.  We received positive feedback in all three meetings regarding the proposed legislation items that we discussed.  We also had the opportunity to talk about AAUW in general and our mission.  It was an educational and fun day, and we’d highly recommend members attending next year if you are interested. 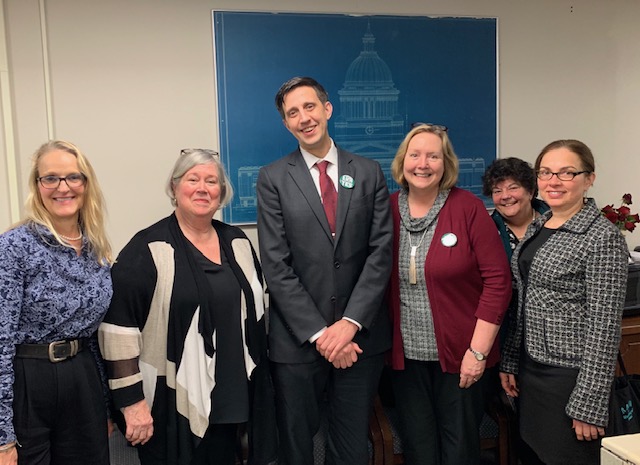